One Kingdom One King 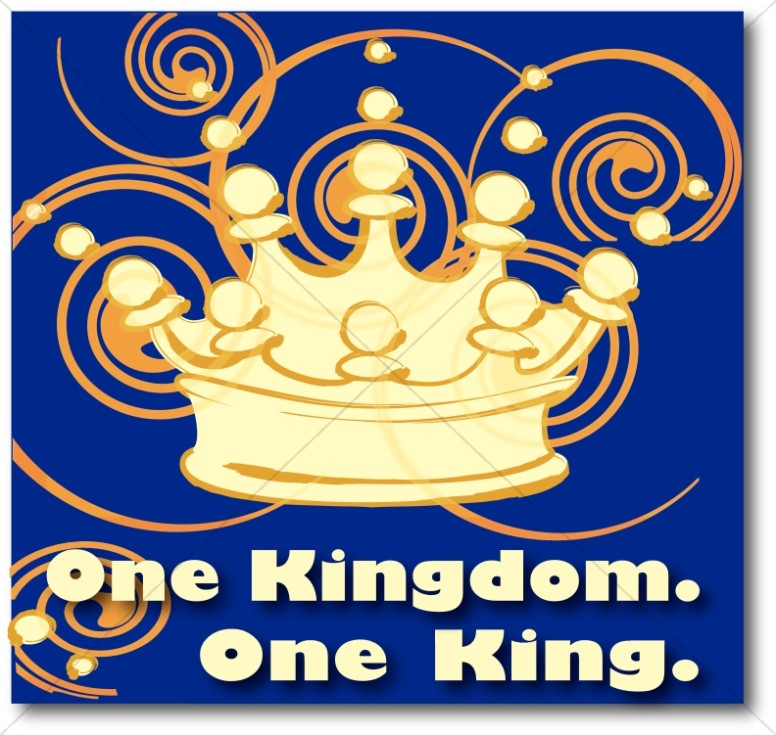 Description: A golden crown with swirls is featured with a purple-blue background that stands for royalty. With the words One Kingdom, One King, this image presents the concept of unity within the worldwide Body of Christ. This crown graphic can also be used during the Week of Prayer for Christian Unity which occurs in January.