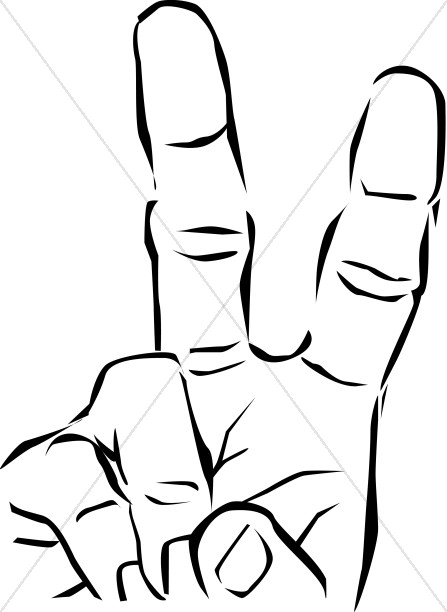 Description: Originally a symbol only for victory, during the Vietnam war this hand gesture has became an easily recognizable sign for the support of peace. To some during this time the symbol was anti-war; however, in the decades since the peace sign has become a nearly universal gesture for peaceful resolution of conflicts.