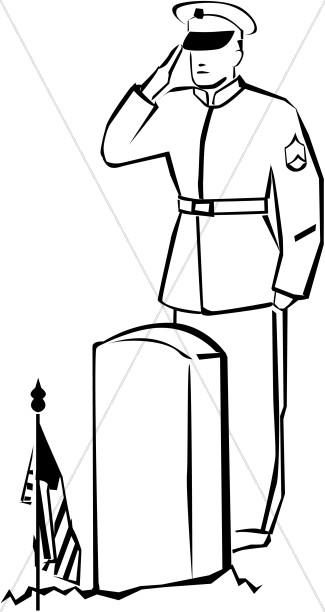 Description: A member of the U.S. military offers a salute as he stands near a gravestone and an American flag. This image honors the fallen men and women who stood as soldiers and served in the armed forces.