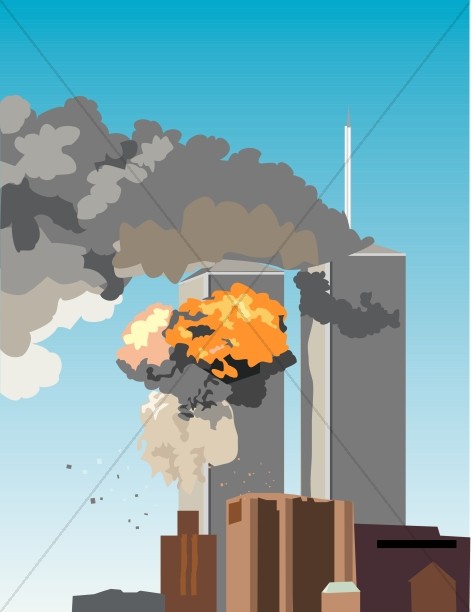 Description: This is an illustration of the twin towers after the attack on September 11th. This image can be used as a remembrance for this day in which thousands of American lives were lost, and to represent the war on terrorism.